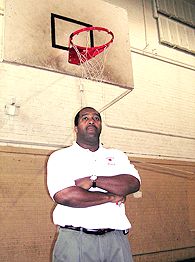 In “History Repeats Itself: The Protest that Began Over Four Decades Ago,” John Carlos, National Track and Field Hall of Famer and Olympic medalist, discusses the consequences he experienced following a humanitarian statement during the 1968 Olympics that was viewed as a protest of the American flag. Carlos and Tommie Smith, Olympic gold medalist, received death threats and were suspended from the U.S. team after standing with gloved fists during the medal ceremony.

In some cases, people may even be blackballed for standing up (or kneeling down) and speaking out. Former San Francisco 49er’s quarterback Colin Kaepernick, who spearheaded a national protest by choosing to kneel during the singing of the national anthem during the 2016-17 NFL season, has yet to be signed by an NFL team for the upcoming season. While Kaepernick isn’t the best quarterback on the market, he’s not the worst; therefore, there’s a strong chance he’s being blackballed.  http://wp.me/p4cFCW-qw

In a 2013 AL.com article, former Ensley and Jackson Olin High School girls head basketball coach Roderick Jackson suggests he’s been “permanently blackballed” from coaching in the Birmingham city school system. In 2001, as the girls head coach of then Ensley High School, Jackson complained the girls didn’t receive the same treatment as the boys team: the girls practiced in the old gym with wooden backboards, bent rims and no heat, had old uniforms and no budget for shoes, weren’t able to keep any money generated from admission and concessions and had to car pool to games while the boys used buses.

According to espn.com, Jackson spent $700 out of his own pocket to supply his players with shoes in his second season as head coach. He asked to review the athletic department’s books but was told they weren’t any of his business. Jackson complained to the athletic director and principal and they ignored him. Players even met with the principle to complain about the car pooling and practice facility; she told the players she would change it but never did. To make matters worse, the girls junior varsity program was cut.